Here are the short summaries of my books. 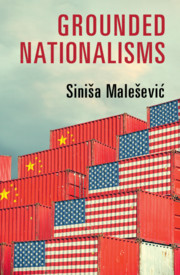 Globalisation is not the enemy of nationalism; instead, as this book shows, the two forces have developed together through modern history. Malešević challenges dominant views which see nationalism as a declining social force. He explains why the recent escalations of populist nationalism throughout the world do not represent a social anomaly but are, in fact, a historical norm. By focusing on ever-increasing organisational capacity, greater ideological penetration and networks of micro-solidarity, Malešević shows how and why nationalism has become deeply grounded in the everyday life of modern human beings. The author explores the social dynamics of these grounded nationalisms via an analysis of varied contexts, from Ireland to the Balkans. His findings show that increased ideological diffusion and the rising coercive capacities of states and other organisations have enabled nationalism to expand and establish itself as the dominant operative ideology of modernity.

‘Most people believe the world is naturally divided into nations, and they proudly belong to one of them. By applying the methods of historical sociology to cases such as nationalism in the Balkans and private military contractors in recent wars, Malešević challenges this ‘common sense’, persuasively arguing that nationalism is ‘grounded’ in the growing organisational power and ideological penetration of the modern nation-state.’

‘Nationalism has remained something of a neglected stepchild in social science: paid attention only when troublesome, but often dismissed as irrelevant to the future. This volume should convince any skeptics that nationalism is very much a part of modern political life, and that it is anything but an exceptional aberration. Malešević provides us with the best institutional and social analysis of why this form of identity persists and will remain central in the twenty-first century. Deeply learned and well written, this book should be read by students, scholars, and politicians.’

‘Nationalism is built into the structure of the modern territorial state – based on the sovereignty of its people. As long as states continue to have borders and claim popular legitimacy, Malešević argues, nationalism will always exist. But since nationalism blends with all other ideologies, Left or Right, the benevolence or bellicosity of this chameleon is always an open question. Malešević provides the most sophisticated analysis yet of the fraught question of nationalism.’

‘I strongly recommend this book. Siniša Malešević has written a powerful treatise on the origins, past development, and undiminished present of national identities, arguing against the conventional views that they are threatened by such forces as globalization or neoliberalism.’

‘Many observers today think of nationalism as an ideological force that recently and unexpectedly erupted on the far-right end of the political spectrum. In this collection of essays, one of the foremost scholars of nationalism reminds us that nationalism is much more deeply embedded in our societies: it provides the foundation of the modern state system; most political ideas on the left and right are intertwined with it; and it deeply shapes our daily perceptions of reality.’

Despite many predictions made over the last two hundred years that nation-states and nationalism are transient phenomena that will eventually fade away, the historical record and contemporary events show otherwise. Nationalism still remains the most popular, potent and resilient ideological discourse and the nation-state the only legitimate mode of territorial rule.  This innovative and concise book provides an in-depth analysis of the processes involved in the emergence, formation, expansion and transformation of nation-states and nationalisms as they are understood today. Sinisa Malesevic examines the historical predecessors of nation-states (from hunting and gathering bands, through city-states, to modernizing empires) and explores the historical rise of organizational and ideological powers that eventually gave birth to the modern nation-state. The book also investigates the ways in which nationalist ideologies were able to envelop the microcosm of family, kin, residential and friendship networks. Other important topics covered along the way include: the relationships between nationalism and violence; the routine character of nationalist experience; and the impacts of globalization and religious revivals on the transformation of nationalisms and nation-states.  This insightful analysis of nationalisms and nation-states through time and space will appeal to scholars and students in sociology, politics, history, anthropology, international relations and geography.

The book is an excellent, theoretically sophisticated yet eminently readable piece of literature, stimulating reflection and causing surprise with the non–obviousness of the reader s own deeply internalised convictions.
Social Space

“Nation–states and nationalism remain hotly contested topics. What are they and where do they come from? Malešević’s approach is both original and arresting: to stress not culture or biological descent but organization, ideology, and transformations of solidarity. This casts the debate in a novel form, and is bound to give this book a wide and attentive readership.” Krishan Kumar, University of Virginia

“Theoretically sophisticated yet eminently readable, this book provides an excellent introduction to the study of nationhood and nationalism.” Rogers Brubaker, University of California, Los Angeles

“Malesevic’s wonderful book reveals the sinews of nationalism in the growth of bureaucracy and in increasing ideological capacity, thereby casting light on a whole range of issues. This book will have readers for years to come”. 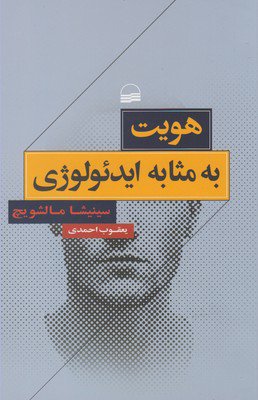 Modern human beings are socialized to take the existence of ethnic and national identities as given and largely unproblematic. Very few individuals would question the apparent normality of this division into nations and ethnic groups however, the intensity of this widespread feeling hides the degree of its historical novelty. This book explores the ideological and institutional underpinnings, as well as the political implications of this powerful modern belief system. This is achieved through subtle theoretical and thorough empirical analysis, both of which draw critically on the leading approaches in the field.

‘Sinisa Malesevic is one of the brightest and most provocative young scholars writing about identity today. Here he takes well-worn basic themes, such as ideology, that have been recently somewhat overlooked in this context and breathes fresh life into them. In the process, he revives contemporary sociological debates about ethnicity and nationalism. Written with passion and commitment, this is a ‘must read” – Richard Jenkins, University of Sheffield, UK

‘…thought-provoking and eminently readable work…I found this to be both a provactive and engaging piece of work which illustrates the problems of treating social groups as ‘categories of social analysis’…’ – Michael Skey, Nations and Nationalism

‘…this is a thoroughly recommendable book that will interest social theorists as well as students and scholars of fields such as nationalism, ethnicity, genocide, and indeed, racism…’ – Peter Martin, Ethnic and Racial Studies

In this thoughtful and accessible book, Malesevic assesses the explanatory strength of a range of sociological theories in understanding ethnicity and ethnic conflict. While acknowledging that there is no master key or blue-print to deal with each and every case of interethnic group relations, this book develops the best strategy to bridge epistemological and policy requirements for interethnic group relations.

Malesevic has written a masterwork. Indeed, The Sociology of Ethnicity will rapidly become required reading, especially for those seeking an introduction to the field. Its structure and style promise to make it appealing and useful in a range of courses
Studies in Ethnicity and Nationalism

Malesevic is always compelling. He evenhandedly fulfills his stated purpose of surveying the leading theories on ethnicity. In doing so, Malesevic introduces the reader to a vast range of first-rate thinkers
Tony Osborne
Communication Research Trends

This book offers an original synthesis of existing knowledge, pointing forward in a manner that could influence a new generation’s conception of the field and its agenda. If it attracts the attention it merits, it could prove one of the most important books about ethnic and racial relations since the nineteen-eighties
Michael Banton
Ethnic and Racial Studies

Malesevic provides a thorough and balanced account of the sociological foundations of the study of ethnicity… an impressive survey… His presentation is as critical and engaging as it is easy to read and logically organized. It is invaluable reading for sociologists
Jon Fox
British Journal of Sociology 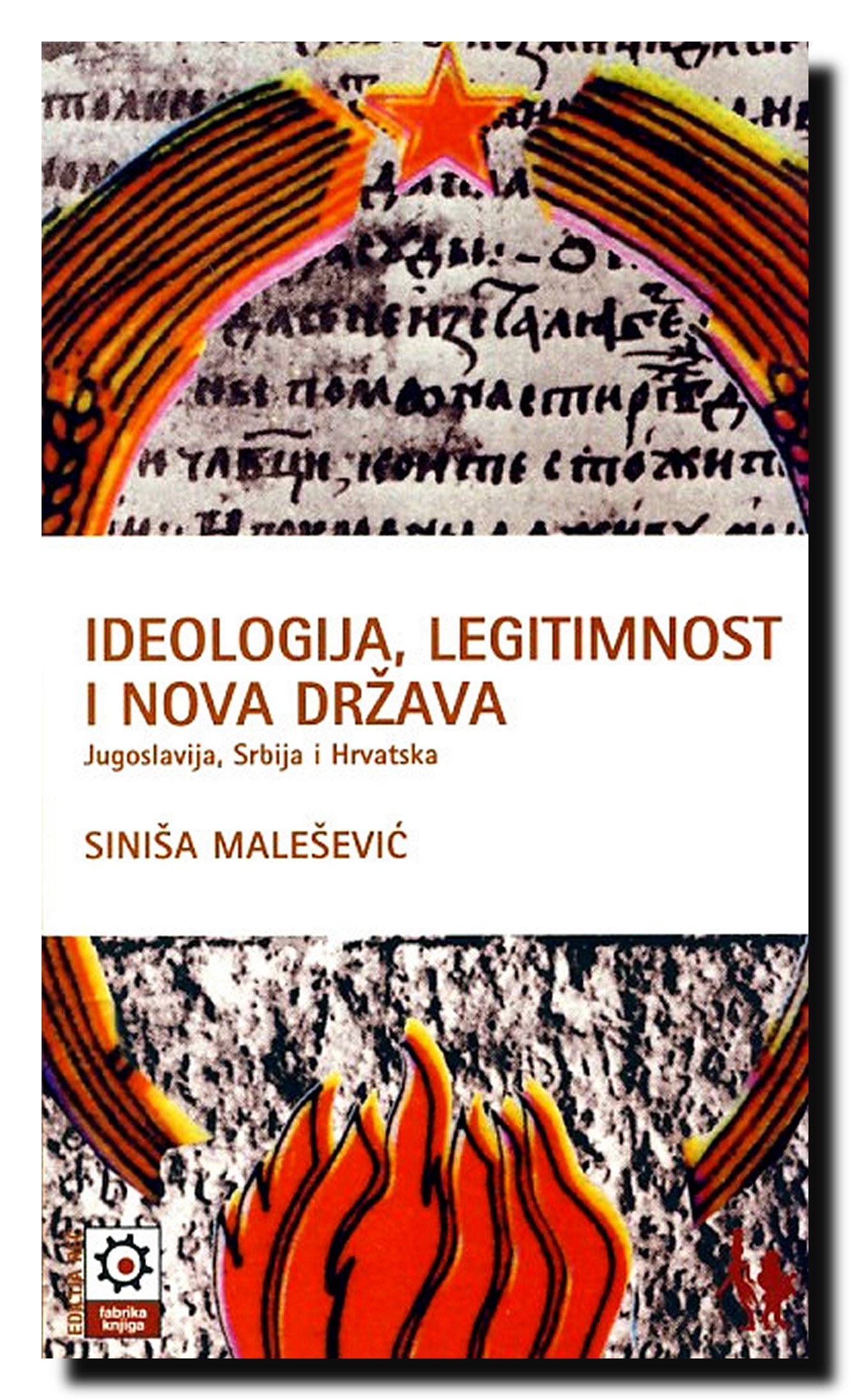 This is a comparative analysis of the dominant ideologies and modes of legitimization in communist Yugoslavia and post-Communist Serbia and Croatia. The aim of the book is to identify and explain dominant normative and operative ideologies and principal modes of legitimization in these three case studies. The book is based on the content analysis of manifestos of the ruling parties in post World War II Yugoslavia (League of Communists), post-Cold War Serbia (Socialist Party of Serbia) and Croatia (Croatian Democratic Union), as well as on the content analysis of the school textbooks and editorial of government-controlled newspapers published in the same period. By analyzing the way state apparatuses work, the author aims to demonstrate the crucial role that ideology plays in the underpinning of the identity transformation in these three societies. At the same time, an attempt is made to develop an adequate theoretical model of ideology and political legitimization that would not only help explain the extraordinary situation of these three cases but would also contribute to the general theory of ideology and legitimization.

We live in a rapidly changing world. The collapse of the Cold War, the development of new technologies and the globalisation of the world economy have all had a dramatic impact on societies across the globe. Migration, new types of wars and changing borders mean that even the stability and security of nation-states has become a thing of the past. New nationalisms, new social movements and the resurgence of identity politics all indicate that we are entering a new era where the very notion of collective identity — through nation states or through transnational identity culture — is challenged. This volume examines concepts of collective identity, how they are changing and what this means for our future. With contributions from distinguished sociologists including Jenkins, Eisenstadt, Rex, Bauman and Hall, it gives a radical new overview of collectivity theory — a topic that lies at the heart of sociology, anthropology and political science.