Here are the summaries of my books: 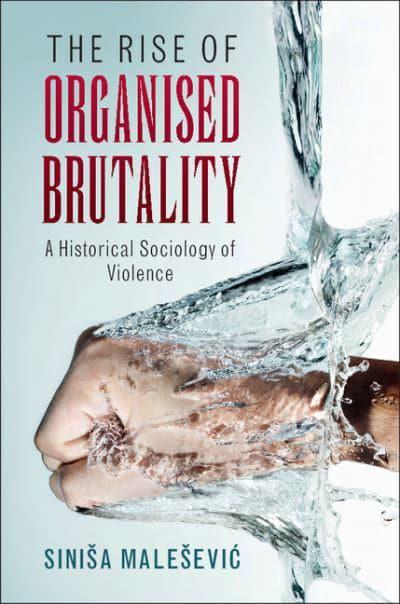 Challenging the prevailing belief that organised violence is experiencing historically continuous decline, this book provides an in-depth sociological analysis that shows organised violence is, in fact, on the rise. Malešević demonstrates that violence is determined by organisational capacity, ideological penetration and micro-solidarity, rather than biological tendencies, meaning that despite pre-modern societies being exposed to spectacles of cruelty and torture, such societies had no organisational means to systematically slaughter millions of individuals. Malešević suggests that violence should not be analysed as just an event or process, but also via changing perceptions of those events and processes, and by linking this to broader social transformations on the inter-polity and inter-group levels, he makes his key argument that organised violence has proliferated. Focusing on wars, revolutions, genocides and terrorism, this book shows how modern social organisations utilise ideology and micro-solidarity to mobilise public support for mass scale violence.

‘This is an extremely important book – proving against naive recent contentions that modernity and violence go hand-in-hand. It is empirically and theoretically sophisticated, and elegant and lucid as well.’ John A. Hall, McGill University

‘In this book Siniša Malešević brings together disparate phenomena – wars, revolutions, genocides, terrorisms – in a compelling historical narrative about the role of organised violence in modern society. Essential reading for all concerned with this fundamental problem.’ Martin Shaw, Institut Barcelona d’Estudis Internacionals and University of Roehampton

‘Malesevic shows that violence is not determined by human biological propensities but by social organization.  On the best evidence of early societies, humans are not intrinsically violent, and were very ineffective at violence until they developed military and state organization. Pre-modern rulers sometimes used ferocious displays of cruelty to terrify their subjects, but they lacked organizational capacity to kill large populations as in modern genocides and wars. Growing state penetration into society did reduce the individual homicide rate in recent centuries, but that same state capacity made it possible to mobilize large numbers of persons for organized violence; and their mobilizing tools-  including modern techniques of micro-organizing and ideology– have fostered movements capable of new forms of violence including revolutions, civil wars and terrorism. Malesevic has produced a sober and realistic book about where the dangers lie for the present and future.

‘his analysis is sound and useful…the chapters are supplied with rich historical material, systematically building his case for the interlocking effects of bureaucracy, ideology and solidarity…The Rise of Organised Brutality is an important and informative counterpoint to the sunny pronouncements of Pinker and his like’…

Has the emergence of nationalism made warfare more brutal? Does strong nationalist identification increase efficiency in fighting? Is nationalism the cause or the consequence of the breakdown of imperialism? What is the role of victories and defeats in the formation of national identities? The relationship between nationalism and warfare is complex, and it changes depending on which historical period and geographical context is in question. In ‘Nationalism and War’, some of the world’s leading social scientists and historians explore the nature of the connection between the two. Through empirical studies from a broad range of countries, they explore the impact that imperial legacies, education, welfare regimes, bureaucracy, revolutions, popular ideologies, geopolitical change, and state breakdowns have had in the transformation of war and nationalism.

‘This is a vastly important subject, and this book amply fulfils all expectations in assembling a star cast with divergent perspectives to explore its many dimensions. The editors’ introduction offers a state-of-the-art overview to the field. This is an essential text for students of war and of nationalism.’ John Hutchinson, London School of Economics and Political Science

This book focuses on the historical and contemporary impact of coercion and warfare on the transformation of social life and vice versa. Although collective violence and war have shaped much of recorded human history the mainstream sociology remains ignorant of war. In contrast this book brings the study of organized violence to the fore by providing a wide ranging sociological analysis that aims to link the classical and contemporary theoretical contributions with the specific historical and geographical contexts. It covers such diverse topics as violence before modernity, warfare in modern age, nationalism and war, war propaganda, battlefield solidarity, war and social stratification, gender and organized violence and the new wars  debate.

‘With its combination of theoretical acumen and historical insights, this book is a significant step forward in the reintegration of war into the sociological canon. Both students and experienced scholars will appreciate Malesevic’s perspectives on how war made us who we are.’ Miguel A. Centeno, Princeton University

‘This is a major contribution, at once a survey of key intellectual fields (sociological theory, the history of war understood in comparative terms and an analysis of the key social variables involved) and a major piece of innovation, based on a powerful appreciation of ideological and bureaucratic development. There is no better book on the subject.’ John A. Hall, McGill University

‘An incisive examination of the theoretical literature on warfare and violence. Lucid and wide-ranging, this will be an invaluable guide to scholars and students.’ John Hutchinson, London School of Economics and Political Science

‘Malešević ranges with authority and intelligence over the major debates concerning war in human societies past and present, arguing powerfully and provocatively for a theory centred on social organization and ideology. This is easily the best general account of the sociology of war.’ Michael Mann, University of California, Los Angeles

‘The Sociology of War and Violence is at once powerful social theory and excellent comparative-historical sociology. Malesevic’s central claim is that sociological theories – particularly those based on ideological organization and the bureaucratization of coercion – offer a useful understanding of war, modernity and social change … an extremely important and original book.’ Canadian Journal of Sociology

‘Siniša Malešević’s comprehensive work combines an impressive collection of theoretical insights with a sweeping review of violence, warfare, and coercion throughout the ages.’ Erica Chenoweth, Perspective on Politics